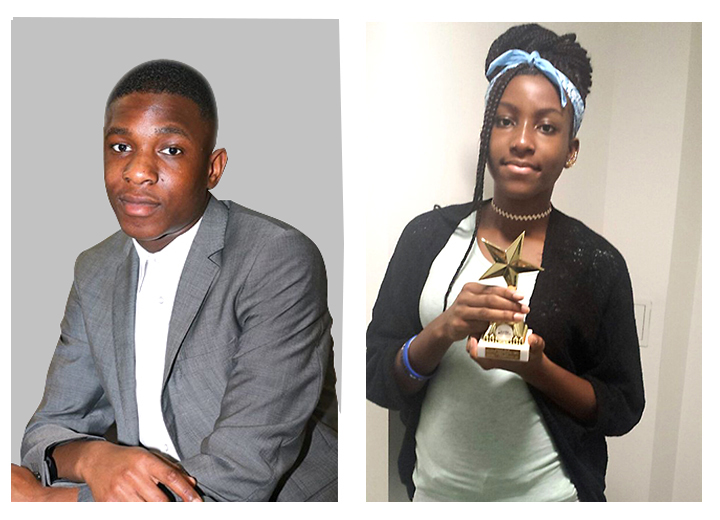 It was in year 10 when he was involved in a fire incident which made the news in Milton Keynes in 2015. He was getting ready for school when he was caught in a fire that was sparked by an explosion from his helicopter toy (drone) that he was charging in his room. Tobi was caught in the fire with his little sister who was asleep while their mum was away to drop another sibling in school which was only a short distance away. In the midst of the chaotic and dangerous situation, he remained courageous and calm; he managed to carry his little sister safely out of the house and they remained with a neighbour till the fire men quenched the fire. Unfortunately, he lost his home and sustained a minor fire injury on his face as a result of the explosion. However, despite the challenging situations that he faced on a daily basis especially around living in a temporary accommodation, he remains focused achieving excellent school results and made a quick recovery from the injury. Sharon Etor is a poet-wonder who has featured in many youth intellectual presentations & had featured in GCGT for 2 years in a row. She worked as a young producer on a project for Croydon Libraries –WORDFESTwhich led to her achieving a Bronze Art Award. She was a runner up in the God’s Children Great Talent Competition (UK) in both 2013 and 2014. She was also a nominee for TruLittle Scribe Hero Award 2014. Sharon has shown great tenacity and confidence in her talent; she showed no sign of discouragement not winning within her age category in many competitions despite the rigorous selection process. Instead she held her head high over disappointments and tried again. Sharon is an epitome of positivity and a goal-getter worth celebrating to encourage other young people never to give up on their dreams