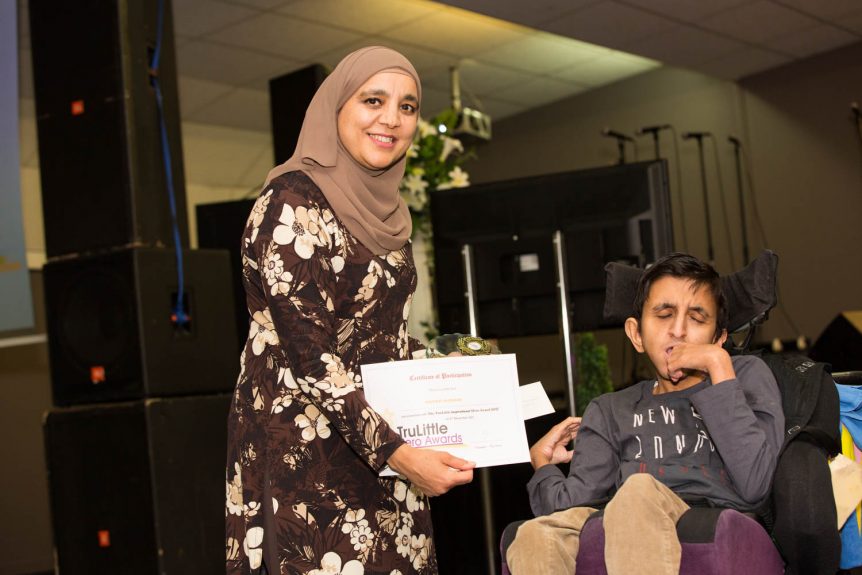 Haider Hussain was born with global developmental delay, only recently in the last two years he’s been given the diagnosis called, Leans disease. He also has epilepsy and he requires round the clock care. He can express his feelings by either smiling or facial expression; there is no other form of communication with him.

Throughout his life he has been through so much but has always come through strong. His recent spinal surgery was yet another big test for Haider and his family. They were told after the surgery he will be able to go home in 3-4 weeks, but they walked out of the hospital 8 months later. Haider surgery was touch and go; he really amazed the doctors of how well he did. He contracted infection and it was so bad that he required two wound wash which meant he was left with open wound for a long time that gradually closed by itself. The doctors never gave up and neither did Haider. His strength got stronger. Though this period was tough for his family, but it made them all stronger. His sibling just love him; he is completely aware of them and their love for him.
Haider’s mum said, “The whole experience has taught us as a family that there is always a light at the end of the tunnel, just hang in there and never give up, hope is a good thing.” Haider’s strength and willingness in his life journey is such an inspiration for us all.