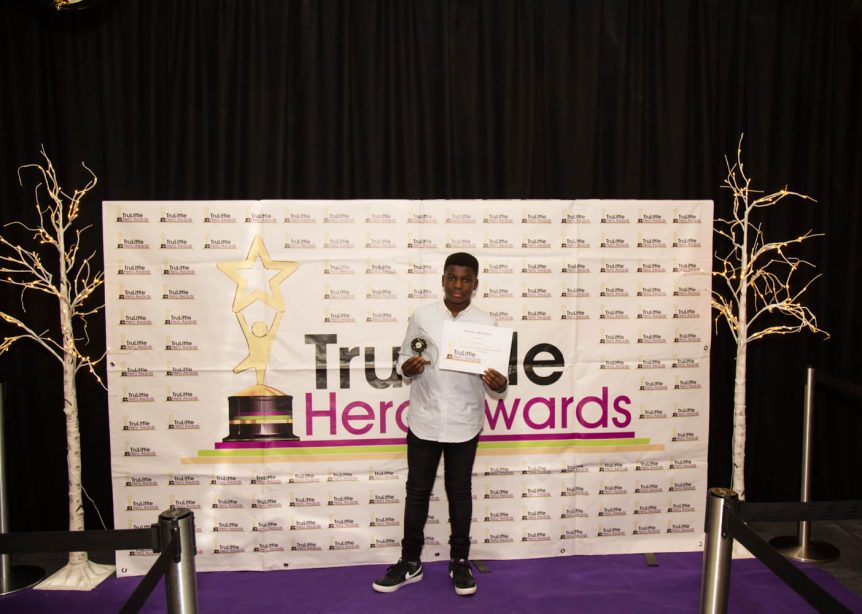 Tofi Sobodu is a highly skilled and talented young poet/wordsmith who has been writing creatively since the age of 7. Tofi’s skills were first discovered by a school teacher during a creative writing competition in his school. His piece was so advanced that he was asked to perform at a special talent showcase and winning many talent competitions. In 2016 aged just 11 Tofi was selected from a nationwide pool to appear on the Voice Kids and contributed a poem for a program to raise awareness on the Mental Health issues youth by Channel 4 TV.
Tofi then performed at two Summer festivals sharing the stage with some of London’s most talented upcoming acts. Tofi is the youngest person ever to perform at Tongue Fu, arguably one Europe’s most decorated platforms for Poetry. In 2017 Tofi was invited to perform at the Sunday Assembly at the SouthBank Centre at a Beyond Belief event sharing the stage with philosophers and influential figures. Tofi was then selected to record and film a poem for the 2017 Laureus Sports Awards, a celebration hosted by the highly acclaimed sports charity which is endorsed and supported annually by many sporting greats such as Lewis Hamilton, Novac Djokovic, and Usian Bolt.
The list of Tofi’s performances at high profile events continues to grow which serves as a great testimony for his talent. More recently Tofi has been spotted by several talent scouts and is now set for a potential tour with the chart-topping group Rudimental.