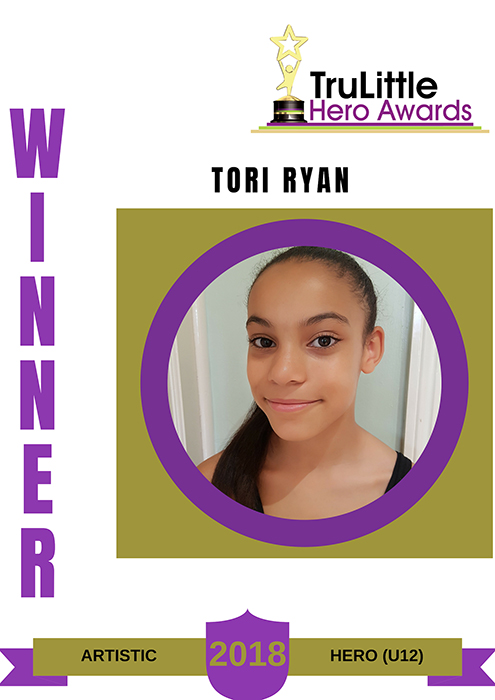 Tori is a talented young girl. Dancer, singer and actor. She performed as Nala in the Lion king. Other list of achievements are: