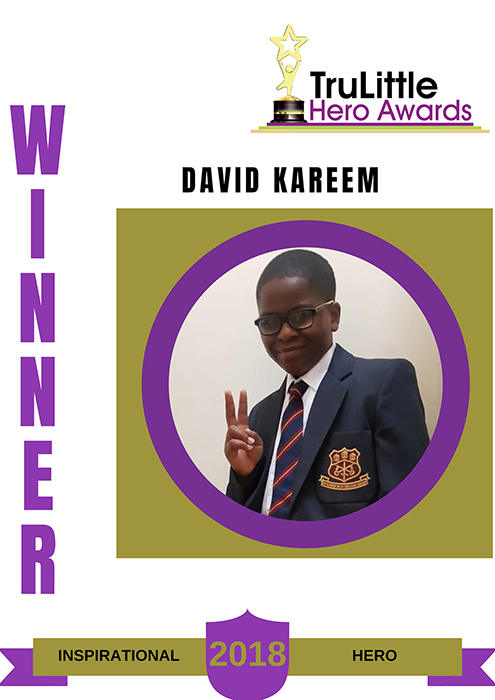 David has a medical condition which requires him to be on medication everyday. He almost lost his sight to glaucoma as he could not have his medications regularly and spent a great period of time out of school due to the situation of homelessness in his family. Over the period of two years, his family had to move from place to place to find accommodation – slept in cars, go on night bus ride, friends’ houses. So David could not have time or a conducive space to study. Also, during this trying period in the family, he lost his uncle to cancer; his uncle was his role model. However, throughout the stressful and traumatic period David was emotionally strong for his family especially his younger brothers. He showed great maturity despite his young age of 9 years old when the problem began. Without any home study or extra tuition help, David passed his SATS beyond everyone’s expectations. It wasn’t easy for him, but he put in his best and he did what he could at this time to achieve success. We have decided to share David’s story of courage and endurance to encourage other children that might be going through a similar situation. Never give up on trying your best and working hard even in difficult situation because tough times don’t last forever but tough people do.