Please note, the parents or sponsors for each winner may use these images for publicity, subject to the terms of this site. Please right click the image to download and print. 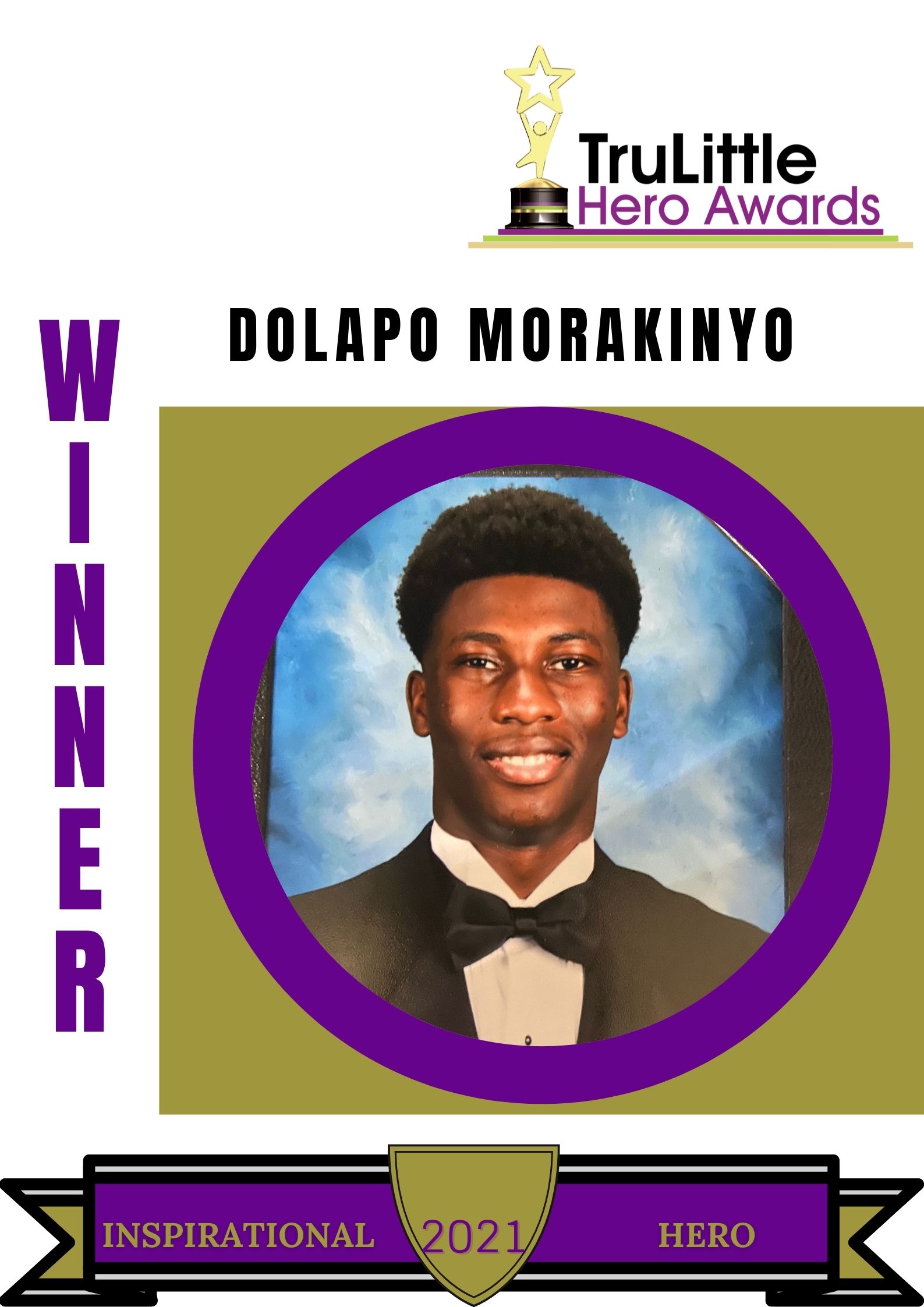 Dolapo spent his early teenage years in South Africa with his family. He was very popular at Kearsney College where he was a regular team member of the elite A team of the school soccer as well as the basketball team. He went on to win many matches for Kearsney College and the MVP while at Highbury Prep in South Africa’s basketball team, that went on to win the nationals.

Dolapo and his family later immigrated to the US and his passion in soccer was promptly recognised as he captained Denmark High School as a senior playing in Varsity team. He took his school to a second place in Forsyth County School district for the first time in the school’s history. His performance was regularly showcased and recognised in the school. Local journalists were amazed that he was able to quickly bond with an already existing team.

Dolapo has always had a passionate interest in soccer ever since he was less than a 2-year-old toddler, he was kicking the ball. His father would take him and his siblings to the National Stadium as a toddler where a crowd would have gathered to look at the baby wonder kicking around the ball.

He was the Head Boy at Greensprings primary school; he was also the captain of the school football team where he led the school to many wins. His coach then, late Coach P believed so much in him.

He later secured scholarship to play soccer for Coastal Carolina while he’s continuing to study for a bachelor’s degree in computer science. Dolapo is still pursuing his passion for football, and he hopes to take this even to higher heights by playing for the USA National Men’s Soccer team.