This particular group at Lovelife Generation include a core group of about 10-15 dedicated young people who first came together 4 years ago. They are between the ages of 16 -17.

Through loveLife Generation, they initially developed their leadership skills and gained mentoring accreditation which they used to mentor younger students who were transitioning in school. Their commitment saw them further develop their skills as Ubuntu peer coaches but what makes them stand out is their desire to make a difference to their local community.

To this end they have involved themselves in many projects, volunteering their time to the following:

This group truly deserve recognition for their efforts and visible difference they are making to their community and the hearts and minds of people. Last year, the young people lost a friend, who was also part of loveLife Generation to suicide. One member also lost her father to cancer in a very short time. The young people have been through a lot together, but their resilience has persevered. As a way of moving forward, the young people decided that no young people should have to suffer from mental health issues alone or at the very least be able to talk to their friends. As such they set up a fundraising page and undertook mental health training so that it could start with them, so they would be in a good place to support others. It is important to include this to highlight that the young people took part in all these social action projects despite their own personal trauma.

“Lovelife Generation Group have completed a phenomenal amount of work in and around the local community, they are a great group, who at times inspire me and remind why I work in the youth and community field.” - David Bigglestone, Youth worker 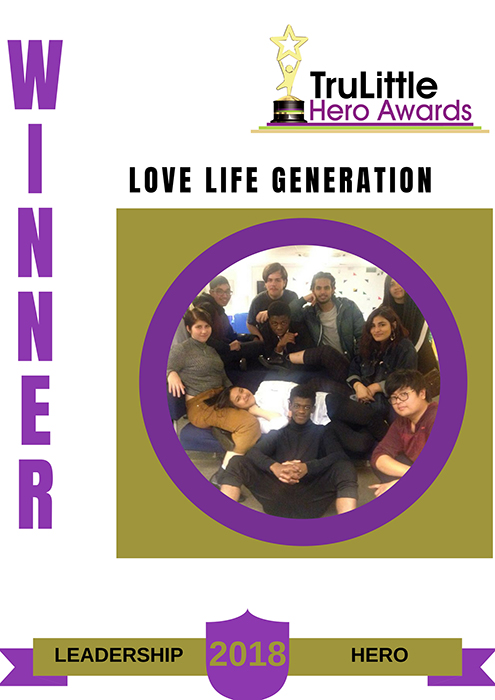